CRS and GDS as two distinct steps in the Travel Industry 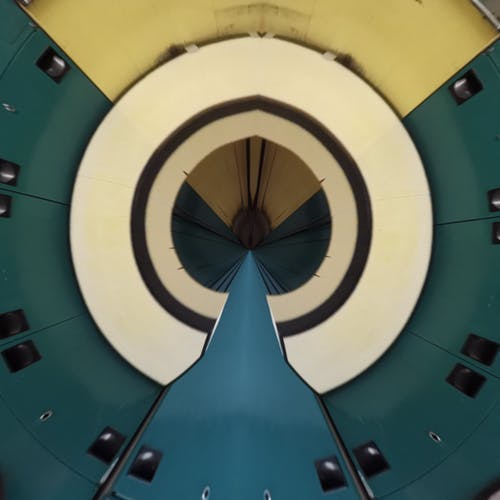 For a long time the GDS had a dominant position in the travel industry, but in order to bypass them and consequently avoid their fees, airlines have started to distribute flights directly from their websites. Another alternative to bypass them would be to use direct links to marketing organizations like travel agencies. Today, GDS is in intense negotiations with airlines about (complete) content and distribution charges every five years.

From time to time airlines and CRSs are also discussing a switch to a new hosting system (inventory system), but this is far less often since it involves a huge technical migration with many risks. Recently, American Airlines left its anticipated migration from Sabre to HP. Sometimes mergers involve a shift to a mixed CRS as well. So what is important: The GDS usually operate the CRS and that is why most people consider the terms GDS and CRS synonymous. However I don’t! I consider these two distinct measures of creating value: stock management (CRS) and Global distribution (GDS) management.

>> Looking for a GDS Integration? : Connect with Sales

Examples of GDS and CRS

A GDS is the Global Distribution System and the major ones are Amadeus, Sabre (incl. Abacus), and Travelport (incl. Apollo, Galileo and Worldspan). The word CRS is no longer used as it became a component of a larger scheme: the Passenger Service System (PSS), which generally consists of the CRS, an airline stock system, and the DCS Departure Control System. Typical examples of a CRS are Shares from Hewlett-Packard (formerly EDS), but more importantly SabreSonic (Sabre) or Altéa for traditional carriers.

In this example, you might book your first flight directly through the website of the service provider and the second flight direct via an inventory system. That’s why an agency can use e.g. Sabre as a distribution system for booking a Lufthansa flight, which Passenger Name Record (PNR) is then sitting in the Amadeus reservation system (inventory system). Because the inventory is managed by the central reservation system (also known as the computer booking scheme), I want to give you some data about this in the near future. Initially, CRS was operated by airlines and subsequently expanded for travel agencies. What’s a CRS, then? It is a computerized system used for, for example, the storage and retrieval of passenger information related to air travel, hotels, rail, car rental, etc.

In the travel distribution system, we can find many interdependencies and relationships. So how does these relationships look like? One supplier provides its fare to many distributors in the industry. A traveler on the other hand has the options to book inventory from multiple suppliers. How does this work? Well, that’s easy to explain: With your favourite airline, you may want to take a flight from the United States to Europe and from there you may want to go on holiday and visit Asia. But you might prefer a reduced cost when it comes to the second plane, so you might want to choose another airline.

Difference between CRS, GDS and NDC?

A CRS is solely responsible for inventory management (which is more detailed described in that article).A GDS (if involved and not directly distributed, e.g. via the airlines ‘ own website or NDC) combines inventory management systems of numerous (up to 500) CRSs from major airlines. It depends on the agreements (subject to negotiation) between GDSs and airlines, whether GDSs have several or all fares which are offered by the respective airlines (this is the discussion about full content deals). To make it more complicated, a CRS itself does not have fares (prices) only classes. The fares itself (along with the Fare Rules) are filed by the airlines with ATPCO (Airline Tariff Publishing Company) and the GDSs retrieve fare and fare rules from ATPCO to provide a full picture.

Finally, a fresh trend is NDC (New Distribution Capabilities) allowed direct distribution. This is a new protocol of communication replacing a protocol that has existed since the 1980s. Direct connection initiatives have been announced via NDC by airlines including Lufthansa, British Airways, Iberia and American. They either implemented fees to book through a GDS or, if booked straight through their NDC interface, they will offer extra capacities. The other part of NDC is that airlines want to take control of the distribution, such as providing ‘ who is asking’-based offers, price ancillaries, etc. to distinguish between them.

Messaging between a GDS (or any other system) and a CRS (a portion of a PSS) was usually done in EDIFACT – however there are also structured interfaces available. NDC is essentially a fresh pipe parallel to EDIFACT as a fresh standard. So if the GDSs unplug their EDIFACT pipe and plug it into their NDC pipe, the best concept would be. This will never occur, however, because it would mean that all airlines (around 500) would have to sunset their EDIFACT pipe and transfer to the NDC pipe. Then there’s still an open ticketing issue. Bookings are ticked and paid in the GDS via ATPCO. The airline reservation system makes reservations via NDC using the Airline API.

Bookings via ATPCO are ticketed and paid for in the GDS

Airlines submitted their tariffs and fare rules in the traditional GDS distribution globe with ATPCO in accordance with a restricted number of single-digit classes. The GDSs picked up tariffs and fare regulations from ATPCO for a particular class of a particular airline and checked the stock for that class – either in their own stock cache or directly with the CRS airline. ATPCO, in fact, is not part of the value chain of booking or ticketing other than providing the GDSs with information. The GDSs perform booking and ticketing. Finally, billing and settlement generally takes place via a clearing house – predominantly ARC (Airline Reporting Corp.) and IATA BSP (Billing Settlement Plan for the International Air Transport Association)

The same GDS or various GDS may be used by OTA (Online Travel Agencies). Every organization can create a decision. Fares may or may not differ between GDSs – this depends on the content agreements between GDSs and each provider (airline, etc.) whether the tariffs are the same or distinct. Tax variations may also occur. If we’re talking about an airline provider with complete material dealing with the GDSs you want to compare, the price should be about the same. There are also markups hidden from customers. Despite not being so prevalent with air tariffs (as organizations receive orders from airlines), organizations may mark their tariffs or tariffs in any manner they appear fit. Agencies may also receive negotiated tariffs (if you take a lot of company to a certain supplier, that supplier may provide you with better tariffs), which they mark to the nearest published tariff.

>> Looking for an Airline Reservation System? : Connect with Sales

Airlines use GDS for inventory or the CRS

Airlines use the Central Reservation System as their inventory management scheme as part of their PSS. It’s just as confusing because all significant GDSs also ‘own’ a PSS and therefore in many instances the distinction is not achieved properly.

It is a negotiation between the airline and the GDS whether or not an airline lists all or some of their inventory in the GDS. The airline may want to be in the GDS as an enormous marketing channel is offered by GDSs. The airline must also pay commissions and overrides for distribution through the GDS, however. The GDSs want to be a one-stop shop and thus prefer all airlines with all fares to have the complete spectrum. Some airlines only want to make their greater priced fare available in the GDS, which is not a GDS preference.

For agents as well as organizations and TMCs, the complexity of using separate GDS is that each GDS has its own interface (API, Agent Desktop, cryptic screen). Therefore, you need to learn different ‘ languages ‘ (if using the cryptic screen), work with different graphical user interfaces (such as Sabre Red or Amadeus Selling Platform) or have separate integrations into separate APIs (such as Sabre web services, Amadeus web services, Travelport Universal API, Galileo web services, Worldspan DIR, etc.). This has been a lucrative niche market for us since 2000: providing one API (or even an Agent Desktop) for all significant GDSs, where two of the top three TMCs are using our services, among others. There is also, of course, a business element: contracts are needed with each GDS (even if you are using an aggregator like us)